You are here: Home / Light Rail / The Lones Group – A Lesson In Brand Awareness

Brand awareness. Companies pay big bucks for it or work very hard to get it. Often, they do both.  Anyone that says that a good brand is easy to come by is sadly mistaken.

I happen to recall a situation where Chicago’s Horizon Realty damaged their reputation by suing someone over a tweet about mold. From what I recall, the lady that was sued said “Who said sleeping in a moldy apartment was bad for you? Horizon Realty thinks it’s okay.” A person from Horizon responded to the lawsuit publicly by saying “We’re a sue first, ask questions later kind of an organization”. Let’s just say, I don’t think Horizon got the best bang for their buck in that one…

Fast forward to yesterday when Inman News posted a story titled “Real Estate Zebra hit with trademark suit.” ( Sorry there isn’t a link but they run a subscription site and you probably can’t get to it unless you want to pay for it. If so, find it at inman dot com. )

The Inman article immediately grabbed my attention because Daniel Rothamel, the author of “The Real Estate Zebra” blog, is someone I happen to respect quite a bit. I can remember meeting him in 2008 at the very first real estate barcamp in San Francisco. He’s a class act, for sure.

Apparently, the Lones Group, which lists an address in Bellingham WA on their web site, feels they are  the only ones that should be able to use a zebra in their marketing of anything real estate related. If you type “The Lones Group” into Google, they list a description of themselves as “The Lones Group provides complete marketing solutions for the Real Estate Industry”… Yes, marketing solutions FOR the industry. What’s crazy to me is the fact that Daniel IS a real estate agent. I don’t see how the two compete for business. One appears to market TO the real estate industry while the other markets to buyers and sellers of real estate.

Of course, if someone decides to slap you with a lawsuit, you can either roll over and give in to them or you stand up and fight for what you believe in.

So far, there has been quite a buzz about the ill-advised suit filed by the Lones Group. Yes, there will always be two sides to every story and these two sides look like they will have to be dragged through the court system before a decision is made. I don’t know anyone at the Lones Group and had never heard of them before yesterday. What I now know is that they write something called a “Zebra Report”. For years I have known Daniel as “The Real Estate Zebra.” Similarities? Maybe. The fact that WA and WV are over 2500 miles apart and the parties are two different businesses, kind of makes my head spin when I think of why this suit would be filed. In fact, some people might consider a lawsuit like this a type of brand suicide for the Lones Group.

If you want to learn more about the case, you should take a look at the article titled “The Lones Group v. Rothamel: A case study in destroying your on-line reputation”. It’s another well written blog post by Jay Thompson who knows a thing or two about building a powerful brand.

To me, the damage done to the reputation of The Lones Group will far outweigh anything they could possibly hope to get from “winning” a lawsuit. I’m sure there will be many more articles written about how one hurts their  reputation by filing something like this. I believe Jay will be adding them to his blog post, and there will be many comments on Facebook, Twitter, etc. I guess the lesson here would be to think before you sue…

If you want to learn more about how to help Daniel fight this lawsuit from The Lones Group, you can visit the Zebra defense fund web site: 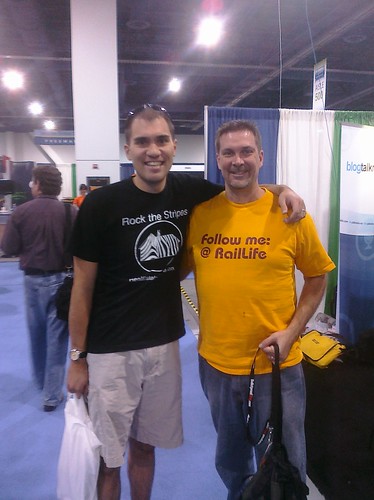 Now for a disclaimer that I basically stole from Jay. ( I hope he doesn’t sue me .) I am not an attorney in any way, shape, or form.  I consider Daniel Rothamel and his family (also parties to the lawsuit ) personal friends. And until yesterday, I had never heard of The Lones Group. I have no idea if they are good at what they do, nor do I really care – that’s not the point. The article above is simply my personal opinion, which I freely admit is biased and slanted due to my relationship with the Rothamel’s.